The Politics of the Cross: A Christian Alternative to Partisanship 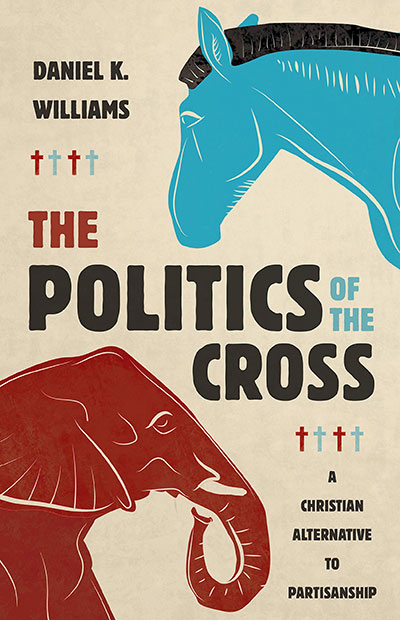 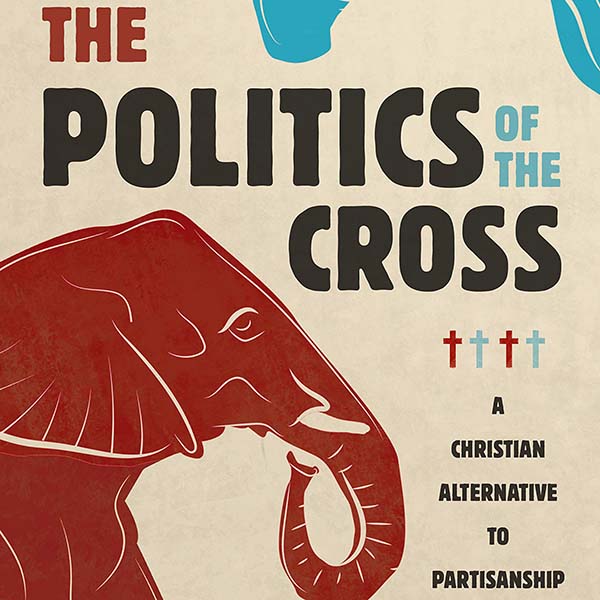 "What we really need is not merely a reversal of Roe and a limited prohibition on abortion in a few states but a culture change in people’s views of sex, marriage, and unborn human life. This cannot be accomplished in the voting booth"

Religion and politics are fraught topics to discuss even in the best of company. Some pastors are vocal in their political commitments and views, agitating for this candidate or that cause but sometimes they seem to lose sight of the Kingdom of God for the Kingdom of Man. Other pastors - perhaps wisely - steer clear of partisanship in the pulpit or in private conversation but this inevitably leaves people in the pews open to voices from the left and the right and anywhere in between that will undoubtedly form their political imaginaries without thoughtful Christian counsel.

Daniel K. Williams’ The Politics of the Cross: A Christian Alternative to Partisanship (2021) offers perhaps the most compelling guide for Christians to think carefully and wisely about politics. Williams has emerged as one of the best historians of Christianity of his generation, already writing lauded academic books including God’s Own Party: The Making of the Christian Right (2010) and Defenders of the Unborn: The Pro-Life Movement Before Roe V. Wade (2015). In The Politics of the Cross, Williams writes both professionally and confessionally as a believer; he continues to offer astute analysis and rigorous nuance as he delves into American history to explain the developments that led to the present, but he also draws readers’ attentions to biblical injunctions about how we should operate in today’s increasingly complex world. He proposes that Christian thinking on politics ought to be “cross-centered rather than rights-based” with a concern for the welfare of our neighbour being our central guiding light (p. 9).

Williams follows the book’s introduction with chapters on “The Protestant Moralism of the Republican Party” and “The Secularized Liberal Protestantism of the Democratic Party.” The next four chapters address contentious topics in the public square today: abortion, marriage and sexuality, race, and wealth and poverty. Broadly speaking, as an evangelical Williams sees the GOP as more closely-reflective of the “politics of the cross” than the Democratic Party when it comes to abortion, marriage, and sexuality while the Democrats’ policies on race, wealth, and poverty are more aligned with the Kingdom of God than the Republicans’ policies. Yet Williams does not blindly side with either party. He cautions Republicans’ about investing too much faith in appointing pro-life judges to defend the unborn, insisting that “What we really need is not merely a reversal of Roe and a limited prohibition on abortion in a few states but a culture change in people’s views of sex, marriage, and unborn human life. This cannot be accomplished in the voting booth” (p. 116). Though Williams argues that the Democrats are better at proposing policies to address wealth inequality using the arm of government, he also notes that the private sector can be more effective and has introduced good policies before; “In the 1920s, private employers had introduced the first retirement pension system in the United States, and even after the advent of Social Security, the benefits negotiated by labor unions or offered by private corporations continued to be an important supplement to the nation’s government-administered retirement pension program” (p. 214). Williams’ pastoral sensibilities come out in his writing. The chapter on wealth and poverty is filled with shocking statistics on income inequality that rouse readers’ righteous indignation but Williams warns that scapegoating affluent elites can come across as an act of envious “payback” that requires no self-sacrifice on the part of each one of us, rich or poor (p. 251).

Williams strongly champions the US government raising the federal minimum wage from its current rate at $7.25 and he sees wealth and poverty as intrinsically related to abortion, marriage, sexuality, and race. Lamenting the tragedy of abortion, Williams points out that the women who are most likely to have abortions are “economically disadvantaged single mothers in their twenties who do not believe they can support another child” (pp. 104-05). Seventy-five percent of women who have had abortions are low-income and 86% of them are unmarried; lacking both financial and spousal support and already struggling to care for their first child, many of these women see no alternative but to have an abortion (p. 105, 108). Related to this, many unmarried Americans, especially among the working-poor, do not feel themselves financially stable enough to enter into marriage and so the cycle of unmarried adults and parents continues.

Though no book can be entirely comprehensive, there are some notable gaps in The Politics of the Cross. In the chapter on race, Williams dedicates most of his attention to the plight of black and Hispanic Americans but he does not address First Nations or Asians; the absence of the former is acutely felt given Canada’s own troubling history with our First Nations but it also relates to Williams’ quest for racial justice. As the recent social media furor between Duke Kwon and Greg Thompson on one side and Kevin DeYoung on the other side has demonstrated, reparations and the righting of historical injustices is multifaceted, complicated, and, perhaps overly idealistic, but surely First Nations in both Canada and the USA must be involved in these conversations as well. Williams does provide an appendix at the back of the book with a bevy of rich resources he recommends to readers who wish to explore these complex issues more.

There will probably be few readers who agree with Williams entirely. Ingrained partisan beliefs can be difficult to uproot, especially when one feels forced to choose between only two political parties. Questions can arise as to what policies or principles should be undertaken within the purview of the Church and which ones require action on the part of government and the wider pluralist culture. Williams’ guiding principles are that Christians need to rely less on government to enforce Christian morality and need to aim to foster cultural change in people’s hearts instead; the witness of faithful Christian marriages founded on covenant can encourage a stronger marriage culture overall - indeed, can encourage the unmarried to get married. As well, Williams posits that the Bible’s mandate to “love thy neighbour” may mean that Christians vote for the marginalized even if at a cost to ourselves; instead of voting for the candidate or party who will cut our taxes, perhaps we are called to vote for the candidate or party who will make us pay more so that the marginalized receive improved, free/low-cost, comprehensive healthcare. Christians will need to rightly weigh what they are willing to sacrifice and those who agree with Williams will need to discern what loving thy neighbour entails; a liberal Christian working a fulfilling career outside the home may want daycare but a conservative Christian homemaker may think it more loving to give stipends to parents of young children instead. I eagerly commend Daniel K. Williams’ The Politics of the Cross to all Christians seeking to navigate the avenues between church and state.