England Before and After Wesley: The Evangelical Revival and Social Reform 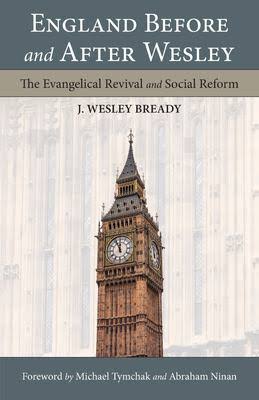 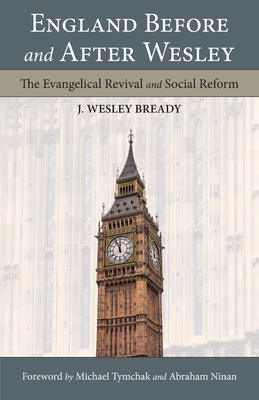 Amid the chaos and confusion of today’s polarized political climate, in which ideological opponents routinely caricature one another and history is often read in a manner devoid of all nuance, this republication of J. Wesley Bready’s classic work comes as a welcome development. Focusing primarily on the towering figure of John Wesley and his impact on evangelical revival and social reform in 18th century England, Bready demonstrates the inextricable link between living Christian faith and the humanizing and ameliorative social transformations of the period.

Though in the opening acts of the twenty first century a tension has often been posited between confessional faith and initiatives for social or political progress, Bready’s Wesley knows of no such dichotomy. Rather, in the lives of Wesley and his evangelical compatriots, we see that it was precisely their commitment to the gospel of Jesus Christ that energized pioneering initiatives for social transformation in the areas of education, health care, slavery, poverty, orphan care, prison reform, literacy, and animal cruelty, to name a few.

As the all-new foreword suggests, Christians are called to lament with bitterness the evils that have been propagated on behalf of the Christian church, such as complicity in the practices of Indian Residential Schools in Canada. Yet, as we do so we should not forget that at the heart of Christianity, and of Church history, lies a fundamental impulse toward the renewal and restoration of all spheres of social life, even all of creation.

This book is edifying reading for Christians seeking to make sense of contemporary discussions of the relationship between evangelicalism and social justice movements, as well as for all who are sympathetic to the religious heritage of that which is best in contemporary democratic societies. Bready’s presentation of Wesley helps to remind us that living faith and social concern once were, and should again be understood as intrinsic features of evangelical identity.

England Before and After Wesley: The Evangelical Revival and Social Reform retails for $29.95CAD and can be purchased in store. You can also give us a call (604-228-1820) or send us an email ([email protected]) to inquire about reserving a copy or shipping.