If Wendell Berry Were Ever To Write On Local Bookstores... 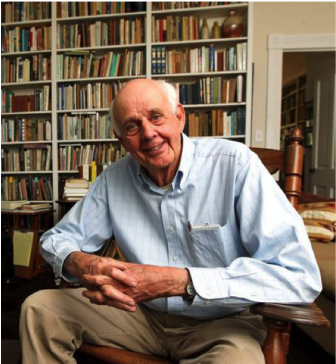 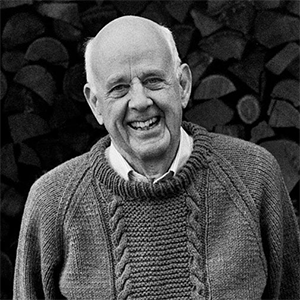 Choosing to spend money at a local bookstore in a way that reflects both the cost and the value of maintaining a physical space is one important way that a person can disrupt and counteract the individualizing, depersonalizing, and dehumanizing advances of the modern world upon her or his life.

Last fall, we released a letter advocating for the value of a local bookstore and explaining our decision to cease offering a standing 20% discount in effort to sustain this value. While on the surface, this may seem to have nothing whatever to do with Wendell Berry, we think it does. We’re not sure if Berry has published his thoughts on bookstores, specifically. But we believe he would heartily agree with the following…

For many of you, Wendell Berry will need no introduction. He is widely recognized for his penetrating writing on issues of religion, environmentalism, farming, political theory, and community, to name only a few. A central theme of Berry’s writing is the idea that the technological advances of the modern world have introduced, among other things, an insidious pragmatism which has eroded our collective sense of the importance of our being placed within local communities. Consequently, we have unwittingly begun to behave as dislocated machines rather than creatures in communities.

Community has become something of a buzz word these days, but for good reason! Most of us, on some level, have felt in our lives the erosion of community about which Berry writes. With this in mind, we would like to make a bold, perhaps audacious claim: Choosing to spend money at a local bookstore in a way that reflects both the cost and the value of maintaining a physical space is one important way that a person can disrupt and counteract the individualizing, depersonalizing, and dehumanizing advances of the modern world upon her or his life. You may think us crazy to suggest these things, especially since most of us are already primed to think of value simply in terms of lowest total cost. Even still, if you’ll permit our ravings, we ask you to consider keeping your money “in the local community” as Berry would say.

The Regent Bookstore has been an integral part of the theological community of Regent since its inception, and all revenue gained from the bookstore above operating costs is funneled straight back into the college. Not surprisingly, the bookstore’s rootedness in the life of Regent has been facilitated by our being located inside the college, within a centralized, physical space near to the heartbeat of the community! We love the connectedness inherent in the blurred boundary between the bookstore and the gathering place that is the Atrium.

Obviously, there are costs associated with maintaining a presence in real space and time. Sometimes, this will mean very little, as many of our products are offered at prices which are competitive with, or lower than online retailers such as Amazon. Other times, it will mean we are unable to offer a lower price.

We do not wish this messaging to be taken merely as another David vs. Goliath narrative—the noble underdog standing up to the imperial juggernaut. Though, if you like, that works, too. Rather, we think it has much more to do with the fabric of our lives as citizens and economic agents in community, in a very Wendell Berry sort of way. We hope you will partner with us to ensure the health and sustainability of the bookstore for years to come!

P.S. If you missed our letter on local bookstore value you can read it here.

“To me, an economy that sees the life of a community or a place as expendable, and reckons its value only in terms of money, is not acceptable because it is not realistic. I am thinking as I believe we must think if we wish to discuss the best uses of people, places, and things, and if we wish to give affection some standing in our thoughts.” Wendell Berry (2010). “What Matters?: Economics for a Renewed Commonwealth”, p.80, Counterpoint Press

“It is better to buy from a small, privately owned local store than from a chain store. It is better to buy a good product than a bad one…Do everything you can to see that your money stays as long as possible in the local community.” Wendell Berry (1993). “Sex, Economy, Freedom & Community: Eight Essays”, Pantheon