To Change the Church: Pope Francis and the Future of Catholicism 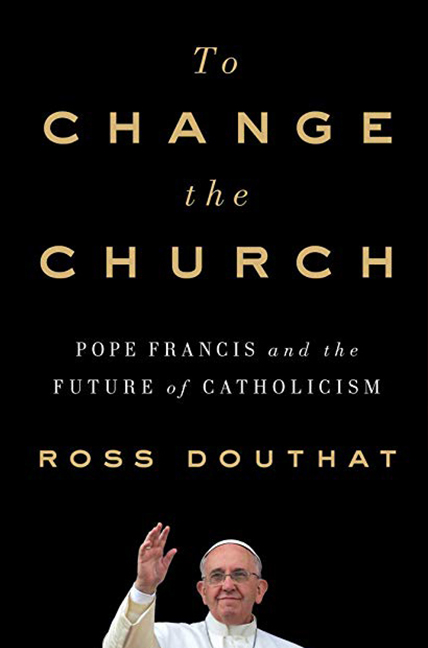 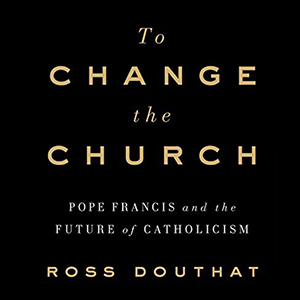 Papal power can be a two-edged sword

The Roman Catholic Church does not have a particularly appealing image among many in the West. Critics decry the myriad of sexual abuse scandals committed by Catholic clergy and social liberals lament Rome’s antiquarian moral stances on contraception, homosexuality, divorce, priestly ordination, and other social issues. Pope Benedict XVI, undoubtedly one of the last great theologians of the twentieth century (I would also mention Hans Küng on the liberal Catholic wing and Jürgen Moltmann among Protestant theologians), ably captained the Catholic Church during his tenure as pontiff (2005-2013), seeking to preserve Catholic orthodoxy, but his unexpectedly resignation from the papacy in early 2013 left the chair of St. Peter empty until March 13, 2013, when Jorge Mario Bergoglio was elected as Pope Francis and Benedict XVI’s successor.

As journalist Ross Douthat chronicles, Benedict XVI and Francis have very different visions of Roman Catholicism. Whereas Benedict XVI was an erudite stalwart for orthodox doctrine, Francis comes across as a down-to-earth pastor. Francis has attentively made gestures and symbolic acts that have improved the public image of the Catholic Church, such as washing the feet of Muslim migrants and holding the hand of Gemma Pompili, a young girl with Down Syndrome, while he gave a homily. These gestures have made Francis appear to be a more inclusive pope than his stodgy predecessor, but Douthat reveals that underneath the public pretense, Francis’s very desire for inclusion has the potential to rend Roman Catholicism itself.

To Change the Church: Pope Francis and the Future of Catholicism is an engrossing book replete with all the intrigue of a political (papal) thriller as he narrates how the liberal “St. Gallen” faction within the College of Cardinals (Carlo Maria Martini, Walter Kasper, Godfried Daneels, and Cormac Murphy-O’Connor), sought to take back the papacy after decades of conservative rule. After a personal preface where Douthat tells readers that he is a convert to Catholicism as a child (and as such, in a unique place not as a cradle Catholic but also not as an adult convert) and more sympathetic to Catholicism’s conservative side, Douthat explores the competing narratives that surround the Second Vatican Council, the 1962-65 council that ushered in a series of reforms within the Roman Catholic Church. Liberals believe that Pope John XXIII’s (who first called the Second Vatican Council) declaration that Catholicism must “throw open the windows of the Church” and reform itself in accordance with the modern world was hindered by the conservative papacies of John Paul II and Benedict XVI. Conservatives believe that the Second Vatican Council’s reforms led to liturgical turbulence and created the conditions for heterodoxy to grow. Douthat points out that despite the Second Vatican Council’s concern to converse with the modern world, the council’s sessions convened before the rampant social upheaval of the 1960s-1970s (p. 21). The period from 1978-2013 in Roman Catholicism has been marked by a conservative papacy that solidified itself but that did not purge liberals to the same extent or degree that modernists had been attacked in the Church in the late 19th and early 20th centuries and this has led to an uneasy truce between the competing polarities of the Catholicism, with no side entirely satisfied (p. 25-26). Although conservative Catholicism appears to have prevailed against liberal Catholicism, this is only a relative success and does not indicate an overwhelming surge of numbers among orthodox Catholics (p. 28).

Douthat explores the circumstances of Benedict XVI’s nearly unprecedented resignation (the last pope to abdicate according to Douthat was Celestine V in 1294), an anomaly that was almost Second Vaticanesque (p. 43-46). Though it is understandable that Benedict XVI feared his aging fragility might encumber the exercise of the papal office (and he had witnessed his friend John Paul II’s very public decline in health, p. 42), I have often wondered if his resignation was the right move. In an era where we in the West have become so uncomfortable with suffering and dying that we are now allowing people (especially seniors) to receive doctor-assisted suicide, I wonder if it is not better, straining though it is, to have a figure as famous as the pope publically decline before our eyes (Am I not so morbid!)?

Douthat provides background information on Bergoglio before he became Francis. Bergoglio served as a priest and later archbishop in Argentina before becoming a cardinal under John Paul II. He appears to have had a mixed tenure as the head of the Jesuits in Argentina, with many being attracted to his charismatic leadership while others grumbling that he was divisive (p. 53-54). Bergoglio did not seem to be tenaciously conservative or radically liberal, instead being critical of whichever polarity was in power while staying on a centrist path (p. 56-57). Like many Catholics in Latin America who had encountered liberation theology, Bergoglio was concerned about economic injustice and as Francis he would focus on economic issues (p. 66-67, 70-71).

Pope Francis appeared in his early days to be a breath of fresh air (the windows HAD been thrown open). His first days as pope were filled with stories of his modesty and humility (e.g. opting not to live in the Apostolic Palace and to instead dress simply). He had declared that the Catholic Church must not become moribund internally but be an instrument of outreach for Jesus Christ. The world came to love him, the same starry-eyed way that they love the Dalai Lama and Oprah. There was talk of a “Francis Effect” that would bring straying Catholics and unbelievers into the Church (who needs the “Benedict Option” when you have the “Francis Effect?”).

But then Douthat’s account shifts into the reforms Francis has initiated during his papacy. In a particularly brilliant strategic move, Francis has used the liberal wing of the Church, better suited by optimistic temperament, to reach out to non-Catholics as effective witnesses, rather than the moralistic conservatives (p. 72). Francis has employed the parable of the prodigal son to exemplify the Catholic Church, insisting that its more conservative members are disgruntled “older brothers” who do not have a heart of mercy for their wayward younger brothers (p. 76-77). Indeed, Catholic traditionalists such as Cardinals Raymond Burke and Robert Sarah have clashed with the pope and been demoted while Francis has replaced them with progressive officials who share Francis’ values; even then, Francis has not so much restructured the papal bureaucracy but ignored it entirely as he has increased his own power (p. 138-39).

The issue at the heart of the emerging split within the Roman Catholic Church is marriage and Francis’ attempts to alter church teaching on who can receive communion (Francis’ apostolic exhortation, “Amoris laetitia,” has been widely and wildly debated in Catholic circles, even as Catholics try to discern what exactly chapter 8 of the document is prescribing, p. 133-34). Due to its cumbersome and incomprehensible wording, it seems as if multiple readings of “Amoris laetitia” can be made and Douthat details how this myriad of interpretations has played out in the Church. A myriad of interpretations of “Amoris laetitia” also means that there is no longer a single, unified, CATHOLIC teaching on marriage and the sacraments.

Francis’ openness to revising teaching on marriage and the sacraments is based upon his pastoral, rather than doctrinal, approach to Catholic teaching. Indeed, Francis tends to elevate those he deems “pastoral” to positions of prominence in the Church (p. 67). As a Protestant who does not hold to the Catholic understanding of marriage, I am in great sympathy with Francis’ position (it is hard to declare the Eucharist to be “the source and summit of the Christian life” and then continually deny it to millions of believers) but I also recognize that Roman Catholic theology has constructed such an edifice around marriage that to tamper with it risks unraveling the whole tapestry. Douthat, along with other conservatives, is concerned that Francis’ reforms will eventually result in other far-reaching changes such as intercommunion with Protestants and an allowance for priests to perform last rites (out of pastoral need) for those living in countries with doctor-assisted suicide who opt to end their lives (p. 141-42). Douthat also believes Francis' reforms could lead to the Catholic Church radically altering its teaching on sexuality as a whole.

Before concluding, Douthat explores how Roman Catholicism should or should not accommodate to the modern world and uses the 17th and 18th century feuds between Jansenists and Jesuits as an example of how deep-seated theological entanglements in the Catholic Church have played out (chapter 10).

There is one other prominent public figure who many have compared to Francis, as different as they may seem (I first read this comparison from Matthew Schmitz). Both Francis and Donald Trump are known to speak off-the-cuff, to make brusque comments that wreak havoc on their publicists. Both have been stacking their respective bureaucracies with their ideological allies. Both have a charismatic personality that endears them to their followers (p. 69, 200).

This is a crucially important account of the rise and rule of Pope Francis. His tenure has reignited a theological clash that had lain dormant for a long time, between those who wanted to plant their feet firmly in the past and those who wanted to advance with the “spirit of Vatican II” (p. 9-10). For years liberals had sought to decentralize and curtail the power of the papacy but had been blocked by conservative opposition that was confident and loyal to John Paul II and Benedict XVI. But papal power can be a two-edged sword and with Francis’ attempts to usher in sweeping marital and sacramental reforms, it is now the orthodox who are anxious to see limits placed on what the papacy can do (p. 11-13).