The Apostles' Creed: A Guide to the Ancient Catechism 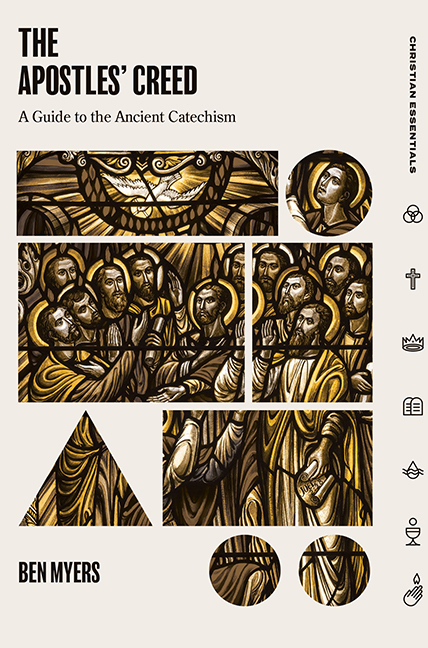 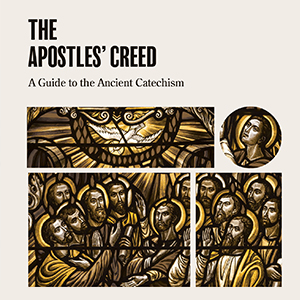 Through Myers' careful exposition, the book serves as an apologetic for the roles of tradition, community, and core Christian doctrine.

I have long-enjoyed the witty theological quips of @_BenMyers_ on Twitter (seriously, go follow him!) and was pleased to hear that he wrote a little book. "The Apostles Creed: A Guide to the Ancient Catechism" is published by Lexham Press, the publishing arm of the team at Logos Bible Software platform. Lexham did a beautiful job on the book design, and both the typesetting and the cover art are very appealing. In fact, I’ve enjoyed watching the book catch the eye of customers at our store, and in some cases, their purchase!

Myers begins his book by offering a short introduction to the Creed, stressing its baptismal function, as well as its educational and sacramental role in the lives of believers. He then proceeds to expound the Creed phrase-by-phrase, carefully unpacking the richness within. I particularly enjoyed the chapter on the virgin birth, and its richness within the biblical story. The book is further enriched by heaps of quotes from over a dozen of the early fathers.
Through Myers' careful exposition, the book serves as an apologetic for the roles of tradition, community, and core Christian doctrine. He writes that “the creed was never intended as a substitute for the four Gospels but only as a guide to the faithful reading of them” and “at the center of the creed is a story.” Myers’ writing has a personal and touch to it and the material—originally delivered as a series of homilies—still carries its original sermonic flair. With pastoral care he writes, “Each one of us approaches the day of our death. But there is someone waiting for us there: Jesus, the Lord of life,” and later “death becomes another place where we can go to find him.”
Myers' book is a terrific introduction to the Apostles’ Creed, suitable for both skeptic and believer alike. The book is characterized by brevity, and clarity of expression. Here, ancient Christian wisdom is coupled with sensitivity to contemporary concerns. One is only left wanting more, but will have to wait for the next installment (or tweet!) from Ben Myers.
By Josh Wilhelm Assistant Manager, Regent Bookstore
January 17, 2019