The New Testament in Its World 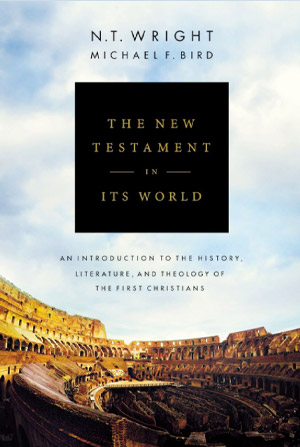 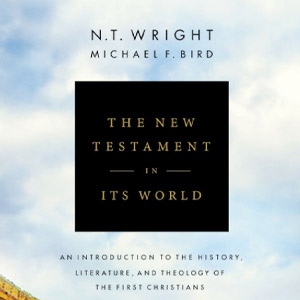 The New Testament in Its World is your passageway from the twenty-first century to the era of Jesus and the first Christians. It is a highly readable, one volume introduction placing the entire New Testament and early Christianity in its original context.

he New Testament in Its World brings together decades of ground breaking research, writing, and teaching into one volume that will open readers' eyes to the larger world of the New Testament. It presents the New Testament books as historical, literary, and social phenomena located in the world of Second Temple Judaism, amidst Greco-Roman politics and culture, and within early Christianity.
Please join us for the virtual launch of The New Testament in Its World, co-authored by N.T. Wright and Michael F. Bird.
N.T. Wright is the Chair of New Testament and Early Christianity at the University of St. Andrews in Scotland. He is the award-winning author of many books, including After You Believe, Surprised by Hope, Simply Christian, The Challenge of Jesus, and The Meaning of Jesus (coauthored with Marcus Borg), as well as the series Christian Origins and the Question of God.
Michael F. Bird is Academic Dean and lecturer in theology at Ridley College in Melbourne, Australia. He is the author of Jesus and the Origins of the Gentile Mission, The Saving Righteousness of God, Evangelical Theology, and Romans (Story of God Bible Commentary Series), among other titles. He also runs a popular theological studies blog called “Euangelion” and can be followed on twitter @mbird12.
Professors Wright and Bird will be joining us virtually for this live event which will include a conversation with the authors and opportunity for audience Q & A.
This event will be moderated by Dr. Mariam Kovalishyn, Assistant Professor in New Testament Studies at Regent College.