One of the tasks that I enjoy is ordering new titles for the store. In a year I pour through hundreds of publisher catalogues as well as reading thousands of reviews published in New York Review of Books, The Times Literary Supplement, Christianity Today, New York Times Book Review, First Things, Englewood Review of Books, plus the endless book mentions on blogs, in op-ed columns, word-of-mouth, and it goes on. The end result is that here at Regent Bookstore it is Christmas every day and regular shipments of books arrive! All this reading tends to give a bookstore buyer knowledge that is a mile-wide and hopefully a little more than an inch deep. In thinking on this I have decided to start sharing short reviews under the heading of Three Inch Reviews. I have spent years in close proximity to so many titles that I have not actually read even if having an acquaintance with many of them, and even readily recommending them. In this last part of my bookselling career I am thinking it would be good to share some of this knowledge with brief summaries. Here is my latest installment. 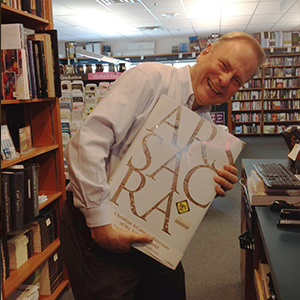 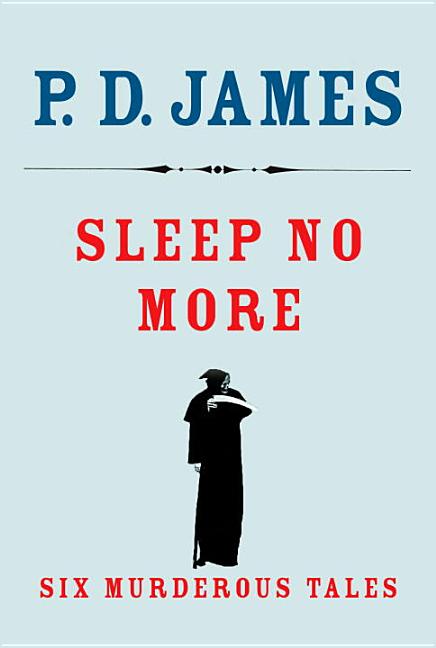 Over the past 6 years my wife Dorcas and I have been privileged to make regular trips to England to stay with family members. The island has always had a strong attraction for me, no doubt because my maternal grandparents were both born there. I have always been struck by the Christ-haunted landscape that is England. In this, the location of the 18th century Great Revival, whether church or village, the place is dotted with church and chapel, shells of a once warm piety. In my wanderings there I have more than once found an early Baptist chapel at the end of a lane or a small Anglican chapel in a muddy cow patch.

Recently I read the 2017, Christmas PD James collection entitled Sleep No More: Six Murderous Tales (will this be the last one that her editors cobble together?) and was struck again by the Christian moral universe that James portrays in the midst of the twists, turns and surprises in her story plots, even if, as John Wilson has recently pointed out, her theological moorings were sliding. In contrast, this past week, grounded by a bad cold, I binged on Kate Atkinson’s new Transcription. Set in the world of MI5 in London during the war, the story of 18 year-old Juliet Armstrong is told in a piece of very fine writing, that with its own twists and turns, leaves the reader in constant anticipation. But there is no discernible religious dimension to a story that is set in a culture that was still highly religious, even if already beginning to secularize. Atkinson’s own outlook seems nihilistic and this is projected en masse to her characters.  For a different outlook than Atkinson, also in a World War II setting, Anthony Doerr’s Pulitzer winning All the Light We Cannot See is a very hopeful book, even if over-written in places. Doerr is influenced by the Narnia stories that he read as a boy and the Christian faith that he grew up in.  The story follows separately the lives of two young people, one living in France and the other in Germany. Although there is a depth of sadness, the reader is left with a sense of wonder at the created world. 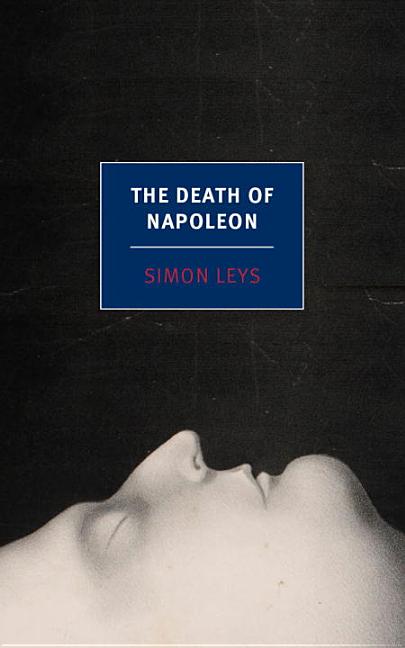 It is always heartening, even exhilarating in these discouraging times, to discover a major Christian thinker and writer. Simon Leys was born Belgium in 1935 as Pierre Ryckmans.  At the age of 19 he traveled to China and met Chou Enlai. At the time he wrote presciently that, “My overwhelming impression…was that it would be inconceivable to live in this world, in our age, without a good knowledge of the Chinese language, and a direct access to Chinese culture.” Picking up the pen name of Leys, that stuck, he was a “ferocious” critic of Mao at a time when an Orwellian take on China was not in style in the literary circles of Paris. He lived his last 30 years in relative obscurity in Canberra.  A lifelong orthodox Christian who was an admirer of Chesterton, he clashed with both Christopher Hitchens and Edward Said and he held his own in public exchanges. He remained a humble man and died in 2014 surrounded by his family.

Perhaps the best entry into Leys’ writing is through the novella The Death of Napoleon that tells a counter-factual story of a Napoleon that substitutes himself for a double, allowing for his escape from St. Helena. Travelling as a lowly cabin hand on a brig bound for a port in France and a return to power, the vessel is diverted to Antwerp. Along the way Napoleon is befriended by an old African cook who wakes him up one morning to show him the brilliance of a sunrise at sea. In the aftermath Napoleon is described as being “wounded by the dawn”.  Napoleon makes his way through Belgium (Leys’ Belgium of course) and arrives in Paris where he meets a wonderful widow, described as a “goodhearted soul”, and eventually moves in with her and her children. But in the end Napoleon has once again been blinded by his own ambition and in his dying moments realizes that he had not recognized love when he had found it and that he had failed to become a human being.

For an introduction to the essays of Leys, see The Hall of Uselessness: Collected Essays. Leys is the subject of a massive new biography by Phillippe Pacquet entitled Simon Leys, Navigator Between Worlds. 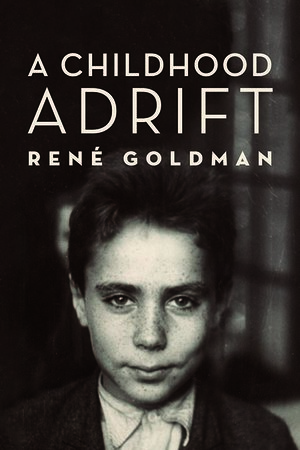 Working at Regent College, on the UBC campus, has allowed me the privilege of meeting some remarkable individuals. René Goldman is a survivor of The Shoah who I met years ago and since then have enjoyed a coffee with whenever he is in town. He is a gentle person whose parents were both murdered in the death camps; his father was on the last train to Auschwitz from Lyon. René himself was sheltered in a Roman Catholic convent school that was operated by nuns. After the war and by then a devout young Communist, he travelled to Poland in the early 50s to study and then went on to China where he lived for 5 years. In 1960 he arrived at UBC as a graduate student and along the way shed his communist beliefs. René went on to a distinguished career in the Department of Asian Studies. Even now at age 85 René continues to lecture on The Shoah. He speaks positively of Simon Leys which helped motivate me to read further. René’s memoir has recently been published by the Azrieli Foundation, A Childhood Adrift. I commend this remarkable story. 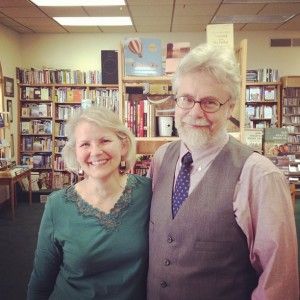 Byron and Beth Borger, owners of Hearts & Minds Bookstore, in central Pennsylvania, have been selling books together for the past almost forty years. Their work has recently been honoured with the publication of A Book for Hearts & Minds: What You Should Read & Why—A Festschrift Honoring the Work of Hearts & Minds Bookstore. Contributor Steven Garber writes that Byron Borger is the “best bookseller in America” and that he is also “an apostle and evangelist for reading the best books.”

Theological bookselling remains an endangered occupation. A February interview with Byron and Beth leaves one wondering about the future of their store. You can read it here. If you live in the US (international postage rates are prohibitive), why not consider ordering books from them? They can be reached at (717) 246-3333, or via their website here.

They have sacrificially devoted decades of their lives to book ministry. They need our help to continue their ministry.